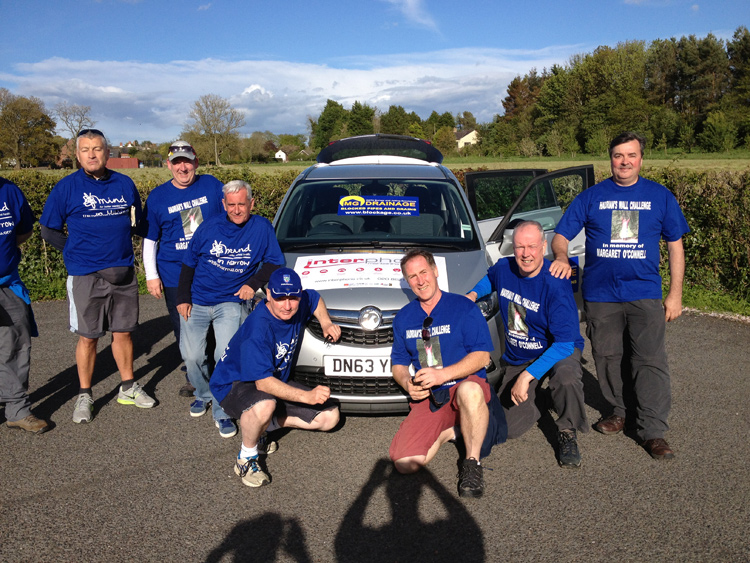 Interphone has helped a group of hikers from Harrow to complete an 84-mile trek along Hadrian’s Wall that was undertaken in memory of one member’s late wife. The company sponsored the group’s minibus that was used throughout the event, donating £200 to the mental health charity MIND.

The trek was organised Paul O’Connell after losing his wife Margaret to suicide in December 2013. He was joined by his brother-in-law Joe Harte and seven other friends, raising £11,000 for the Harrow branch of the charity.

Rob Tutt, Operations Director at Interphone commented: “Interphone was approached by Declan Shortiss, a Deputy Porter for one of the properties we service, about supporting the trek. We are proud to be able to contribute to such a worthy cause that is helping support over 400,000 people across England and Wales affected by mental health issues and would like to congratulate everyone involved in completing such a fantastic achievement.”